By RJI_AdminMarch 23, 2017General News
No Comments 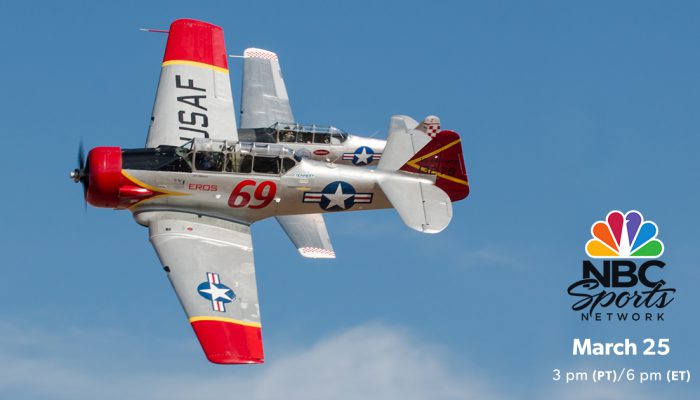 The second of three, one-hour episodes featuring the 2016 STIHL National Championship Air Races will air this Saturday, March 25th at 3pm PT/6pm ET on NBC Sports Network. A preview can be viewed here.

“We received tremendous feedback about the first one-hour episode which took us all right back to race week,” Mike Crowell, President and CEO of the Reno Air Racing Association said. “Partnering with STIHL to help get these episodes on the air has been fantastic and we encourage everyone to tune in this Saturday at 3 pm pacific time.”

The first one-hour episode, which aired March 11th, can be viewed here. The final of the three, one-hour episodes is scheduled to air nationally on NBC Sports Network on April 2nd at 12:30pm PT/3:30pm ET.